When I first picked up a pair of knitting needles, I was looking for something to do in between classes. At the time, maybe three years ago, I was working on the last year of my degree in psychology, and I spent several hours between classes scrolling through Twitter or Facebook, and I wanted something more constructive to do with my time. I remember watching video after video about how to cast on. More than once, I thrust the needles, tangled with yarn, to my side and proclaimed, “I give up!” only to pick it up a few minutes later and try again.

My first finished “thing” was a wonky scarf that wasn’t even long enough to wear. This was before I knew many knitting terms, but it was a basic knit stitch, and the gauge wasn’t very consistent. After completing my beloved scarf, I didn’t pick up knitting again for a very long while.

Fast forward to five months after I graduated with my degree. I had accepted my first (temporary) position and was working long hours. After my first sixty-hour week, I started having panic attacks and dealing with anxiety (which is a story within itself). I didn’t enjoy many things I normally had in the past, such as reading or watching movies or writing, so I turned back to knitting. Even through the frustration of re-learning how to cast on, I found peace in knitting. I never finished a project, but I just knitted when I needed movement for my hands. It was my therapy.

Eventually, summer came and knitting was put to the side once again. This past winter, though, I picked it up once more, and I haven’t stopped since. Again, I watched video after video, and I finally learned how to purl, how to seam ends, how to use circular needles, and my gauge is finally consistent. I’ve made scarves, hats, coffee sleeves, a blanket, and I’m now working on a sweater.

Knitting was a slow love affair. It’s something I’m still working at, and I still question my abilities at times. Through knitting, though, I’ve gained confidence and a love for seeing a finished project coupled with the look on the face of whomever I gift it to.

Megan is on a journey to find simplicity in life somewhere amongst the hills of east Tennessee. She spends her free time knitting, reading, attempting to be an awesome aunt to her nephew, and adventuring with her husband of nearly seven years. Though she was part of the blogging world in the past, she currently only dreams of starting another blog someday. Instead, you can find her on Instagram  and Twitter.

One thought on “Weekly Connect Feature #2” 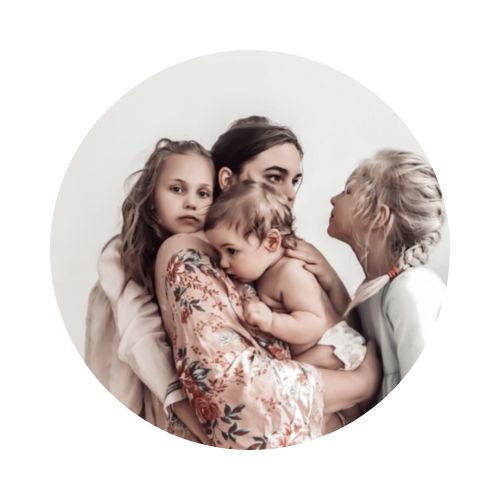 Hi, I'm Faith. Mom to three beautiful wilds, Zoey, Poet, & Roux. Dog Mom to our darling Aussie, Dixie. B a b e to my man, Evan. I buy way too many plants, drink horrible amounts of coffee, love just being home.